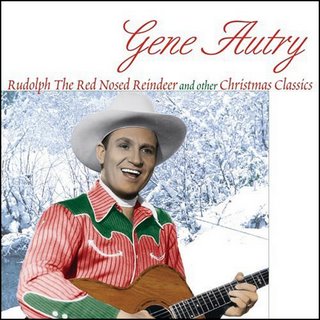 Obviously, I don’t remember this, but I’ve been told many times that this was the first song I learned to sing all the way through, and did so quite often.

Mildred Conine entered my life this year. She and her husband, Ray, came from deep Arkansas, and I’ve yet to taste cooking as heartwarming as hers. I could never pronounce her first name, so I simply called her Conine. When Mom returned to work from maternity leave, Conine took care of me Monday through Friday. She’s the one who saw me take my first steps, and she gets credit for my lifelong propensity for singing aloud.

Conine was always singing folksy songs about a fat woman named “Mabel” or banjos on the knees of suitors of “Oh Susannah.” But she also taught me the words to 1920s flapper tunes like “You Belong To Me” (“Be careful crossing streets/eat your meat/don’t eat sweets/ or you’ll get an ache and ruin your tum-tum.”) or “Side By Side.”

Conine had a fascinating jewelry box, vaguely Chinese in appearance that always smelled of Wrigley’s Juicey Fruit. It also played “This Old Man” when opened. Oh, I was obsessed with that song! I quickly learned all the numbers and verses, but it wasn’t enough. I soon improvised higher numbers and new objects for the Old Man to play upon: “This Old Man, he played 23, he played knick knack in the pear trees”… Conine was a very patient lady. 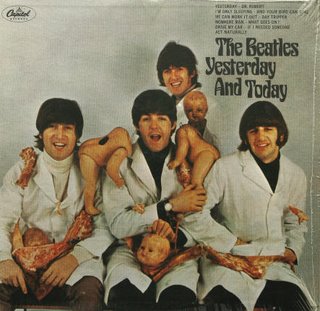 This was the #1 song in America the day I was born. I came out ass-first, which literally ripped my mother open, from stem to stern… “Yesterday, all my troubles seemed so far away…”

As if the physical pain wasn’t enough, when Barb emerged from an anesthetic haze, the nurse introduced her to her brand new baby girl.
BARB: What? I have a girl?
NURSE: Yes you do.
BARB: Does my husband know?
NURSE: Yes he does.
BARB: How’d he take it?
I was supposed to be David Allen.
“Suddenly, I’m not half the man I used to be…”

See and hear the song.