October 1973: CHARLIE RICH - The Most Beautiful Girl in the World 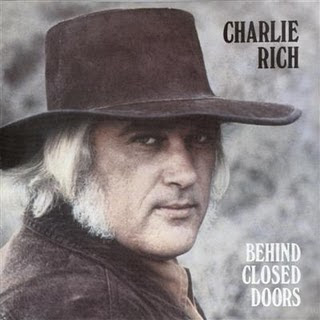 My Father was gaga in love with his new wife, Joy, while I was falling deeper into dislike with her one visitation weekend at a time. He thought she was the most beautiful girl in the world, and I thought she was bad news.

The walls of their tiny apartment were paper thin, so I had to endure hearing them make sex noises, which was gross and maddening. But even more damaging was Joy constantly trying to win me over with things that I had no interest in.

For example, for my birthday, she gave me the Donny Osmond album My Best To You. A new teen idol had yet to take the place of my beloved David Cassidy, and Donny certainly wasn’t even in the running. But Joy was thinking that since Donny was so hot at the time, surely I liked him, thus the album was presented to me with great fanfare. 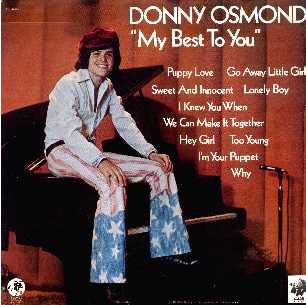 She obviously did not remember how important teen idols were, and that a deep love for them happens spontaneously and organically. It cannot be foisted upon you like an arranged marriage, and I wanted nothing to do with that album.

But Joy insisted upon us playing it repeatedly, with her bopping and singing excitedly in an attempt to engage me in some giddy girlie bonding. I did like the song “I Knew You When,” and maybe I would have liked the rest of the songs if she hadn’t been so desperate to make me like them.

Then it turns out Donny covered a song that Wayne Newton had also covered, and turns out Joy absolutely adored her some Wayne Newton. So she pulled out that album so I could hear his version. You’d think that since the moment traumatized me so much, I’d remember clearly what the song was, especially since she was exuberantly singing along with it while Dad smiled wildly. But the mind tries to be kind by blocking out ugly things, and this was one of those things.