May 1973: ALBERT HAMMOND - It Never Rains in California 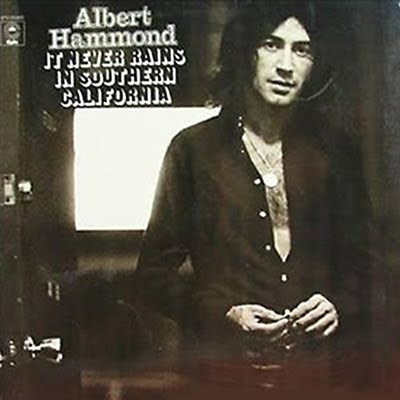 My parent’s divorce became final, and the only reaction from my Mother that I registered was her trading in her 1967 Plymouth Fury for a 1971 Mercury Cougar. It was bright blue and the perfect car for a divorcee, but it also turned out to be a piece of crap nicknamed “The Blue Bomb” by every mechanic who worked on it.

My Father’s reaction to the divorce was introducing me to his girlfriend, Joy. She was way younger than my Dad, which was confusing, and I didn’t like all the Aqua Net blonde hair piled atop her head and the thick black eyeliner. When she offered me a stick of Juicy Fruit in that high, sweet tone women use when talking to other women they dislike, I knew it was a bribe, and my distrust of her was immediate and enduring. 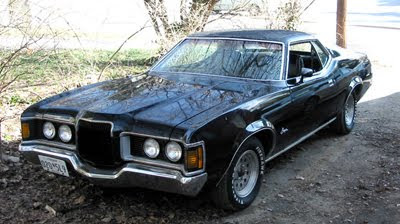 Incapable of making sense of all these changes, I focused – as usual - on the radio and my new favorite song, “It Never Rains in California.” I was hooked by what I considered the second chorus of the song – the repeating flute refrain, and I considered it a companion piece to “Do You Know the Way To San Jose”: this is what became of our heroine after show biz chewed her up and spit her out.

After learning the truth about the weather in California, I lumped it in with “A Horse With No Name,” wherein songs pass off inaccurate information as facts. After telling my Mother about the “lies” of “in the desert you can’t remember your name” and “it never rains California,” she explained the concept of poetic license. After mulling this over, I determined that America’s poetic license was just plain silly, while Albert’s was touching. In retrospect, I probably let up on Albert because he wrote a perfect, melancholy pop tune while America was just plain crap.
Here's Albert doing "It Never Rains in California."
.
at 1/10/2010

Email ThisBlogThis!Share to TwitterShare to FacebookShare to Pinterest
Labels: 1973, albert hammond, it never rains in california