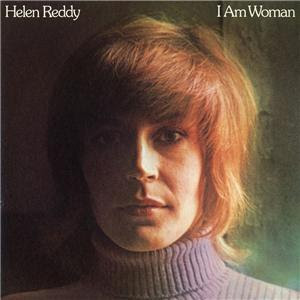 From the get go, this was a polarizing song. I only knew that I didn’t like the sound of the singer’s voice, like she had something stuck in her throat and she didn’t bother to clear it before singing. But in the context of what was happening to my Mom, Barb, it must have really annoyed her for other reasons.

Barb had always paid her own way until she got married at age 30. She’d had her own credit cards (her first one coming from the Libson’s in Mid-Town St. Louis in the late 1950s ) and checking account up until she got married, when everything changed over to joint accounts. But now that she was newly single, she had to start all over again, and while the checking account was easy, credit cards were not.

It seems that going from Miss to Mrs. had wiped her previous financial slate clean, and now that she was returning to Miss, Mastercard considered her a blank slate with no credit history and refused to issue her a card. Even though they could see the excellent credit record attached to her Social Security number, being a divorcee made her an untested, financial risk in their eyes and they shut her out.

Atop the pain of a busted marriage and the fear of a strange new future as a divorced, single mom, she had to fight for her financial independence against institutions that were, basically, punishing women for no longer being a Mrs.

This was not an “I Am Woman” Women’s Liberation situation, this was “yes, I’ve paid the price…” but not with a credit card? You bastards! She fought Mastercard, and she won, and thankfully, she was now able to feed and clothe us. “I am strong, I am invincible,” I am credit worthy once again.

Here's more about Barb being an Accidental Feminist.

Email ThisBlogThis!Share to TwitterShare to FacebookShare to Pinterest
Labels: 1972, helen reddy, i am woman