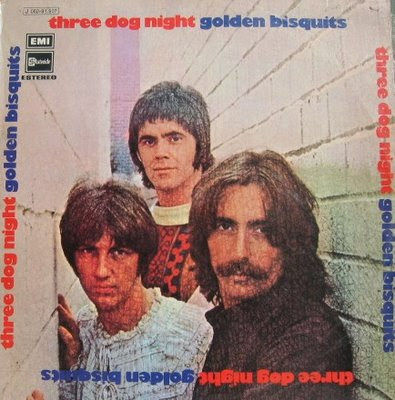 My family of Catholic Democrats were continually bringing up President Richard Nixon going to China. At this time, I became vaguely aware of “politics” as the White House and the President, and was catching on quick that “Tricky Dick” was a bad man, not to be trusted. Even without listening to the grownups fret, there was no getting around the sight, sound and feel of the man when he was on TV; Nixon reminded me of Snidely Whiplash.
Ew.

And China was another geographical location I could add to my arsenal of places learned from Three Dog Night’s “Never Been to Spain.” Because of this song I now knew of Spain, England, Las Vegas and Oklahoma (not Arizona). Plus, the singer’s voice started out real low and smooth, which was just as enticing to my ears as when all their voices rang out at full throttle.

Music history tends to completely overlook the dominance of Three Dog Night from 1969 to 1974, both on the charts and with radio listeners. Then again, maybe they don’t need a critical rethink or a re-mastered reprise, because everything you need to know is in the songs when you run across them. Even though I can barely withstand “Joy to the World” due to endless repetition, it’s still the best description of how people react to their old hits: joy.