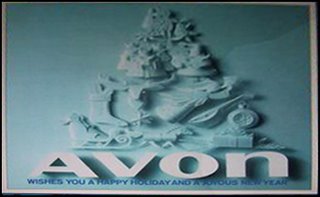 Grandma Hester, aside from becoming a freshly minted widow, was a veteran Avon lady, so we had all of the Avon Christmas compilations. Sure, I liked a lot of the songs, but I mainly dug the record covers, which were modern, late 60s graphics that made me think more about The Jetsons than Santa Claus or the little Baby Jesus.

Even though it wasn’t exactly holiday music, I found the Peter King Orchestra’s version of “Shadrack” emotionally appropriate for Christmas. There was something so dark brown and crimson red about it, the male and female choir creating this pleasant tension. It was so dramatic that I was compelled to act out all the parts of the song, which could get exhausting during the rowdier passages. I’d discovered the concept of organic musical theater without any outside prompting, which is why suspension of disbelief for Hollywood musicals comes so easily to me.