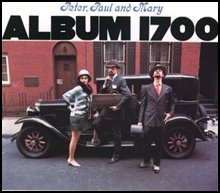 My Mother’s father died. Grandpa Walter was my first corpse in a casket, and rather than being creeped out by the waxen sight, I was overcome with the sensation of missing someone who wouldn’t be coming back.

“I’m leaving on a jet plane, don’t know when I’ll be back again,” was my explanation of where Grandpa went, and for days after the wake, I roamed about the house, singing this song while looking for him. I walked in on Mom ironing and told her to hurry up because we had bags to pack and a plane to catch, but she wasn’t buying my theory that Grandpa would be at the airport waiting for us.