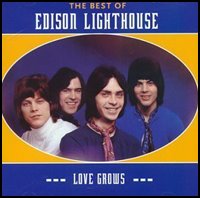 I figured this song was simply called “Rosemary”, and I also thought it very clever when singing it to the neighborhood babysitter Rosemarie. Now, several months previous to this there was a song by Flying Machine called “Smile A Little Smile For Me,” whose love object was named Rosemarie, but ‘cmon, I was 4 years old! My radar wasn’t yet that keen. Anyway, shortly thereafter, we moved from the inner-ring suburbs of Ferguson to the positively rural far reaches of North County, where I could no longer bother this poor girl.